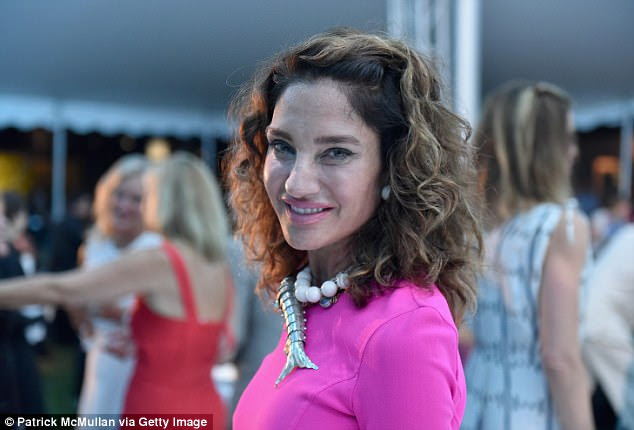 Socialite who 'took a blowtorch to her husband's safe and ruined his priceless art collection' claims her $122,858 a month divorce settlement isn't enough for her glamorous lifestyle

A socialite who allegedly ruined her husband's priceless art collection while blowtorching his safe has claimed that $122,858 a month is not enough to support her lifestyle. Tracey Hejailan-Amon, 47, was awarded the monthly support payment by a Monaco court, plus $1.26million in back payments, in her bitter divorce battle with Maurice Amon, 64. Hejailan-Amon blasted the settlement as insufficient, claiming she needed four times that amount - nearly $500,000 a month - to maintain her lifestyle of year-round private plane and yacht travel, Page Six reported. Amon is worth a rumored $1.4billion. The divorce battle began in 2015, when Amon, the heir to a Swiss company that makes ink for most of the world's currencies, filed for a split after eight years of marriage. It took a bizzare turn last year, when Amon accused his estranged wife of ruining millions of dollars worth of modern masterpieces. Source
at February 22, 2018