Sins Of Lust #29:Teacher/Volleyball Devin Danielle Wright, 27, Arrested For Having Sex With... 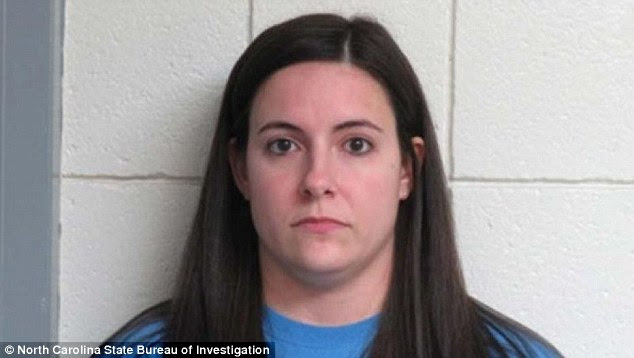 You know - I really would post one on a Priest - if there were any such stories!

A North Carolina teacher and girl's volleyball coach has been arrested for engaging in sex acts with a student. Devin Danielle Wright, 27, was suspended from her role at East Duplin High School last summer after the allegations first came to light. She resigned a short time later, on August 16. This week, the former teacher is charged with three counts of sexual activity with a student and three counts of taking indecent liberties with a male student.It is not clear how old the student was, or when the alleged sex acts took place. Wright was a teacher at the school between August 2015 and her resignation on August 2017, and also worked as an assistant coach for girls' volleyball and soccer. Source
at March 01, 2018