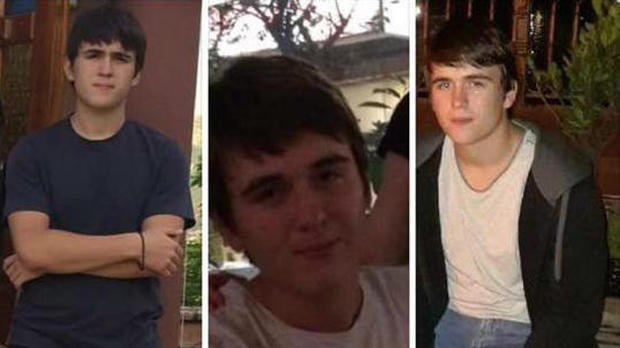 
PICTURED: Student, 17, who yelled 'Surprise!' as he burst into art class at Texas high school armed with an assault rifle, shotgun and pistol, killing 10 and booby trapping campus with explosives

A heavily armed student gunman was taken into custody after entering a classroom with the word 'Surprise!' and shooting 10 people to death inside Santa Fe High School in Texas this morning.  Harris County Sheriff Ed Gonzalez said the 17-year-old male suspect, identified by law enforcement early Friday afternoon as Dimitrios 'Dimitri' Pagourtzis, was taken into custody and a second person of interest was detained.  The majority of the deceased victims were students, according to Gonzalez. As many as a dozen others were wounded, among them a police officer who was reportedly shot in the shoulder.   It was reported by Chron.com, citing law reinforcement sources, that the gunman carried out the massacre with an AR-15-style rifle, a pistol and a shotgun . Source