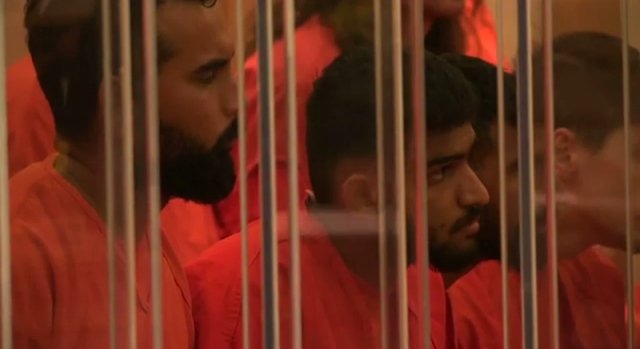 The Roseville Police Department arrested seven men on Monday after multiple girls reported men inappropriately touching them at the Golfland SunSplash water park in Roseville, said Rob Baquera, department spokesman. The men were booked Monday night into the Placer County Jail on suspicion of lewd acts with a child under 14 years of age, as well as conspiracy to commit a crime. Police believe the men know each other “and worked in a coordinated effort to inappropriately touch several female juveniles,” the department said. They were identified as Gursharanpal Banga, 34, Manpreet Dhillon, 26, Lakhveer Gill, 30, Baljinder Khaira, 38, Balwinder Malhi, 32, Dharampal Singh, 21, and Harpreet Talwar, 18. The water park's on-site security guards were the first alerted of the men after a few girls reported being inappropriately touched at the wave pool. The guards investigated the reports, and then called police just after 5 p.m. after hearing from other girls who reported similar incidences. “The seven that were arrested all had evidence (against them) based on witnessed statements and were able to be identified in some fashion," Baquera said. The victims did not know each other, Baquera said. He added that police were investigating if there were other locations at the park where inappropriate touching may have happened on Monday. Roseville police credited the “young victims” for reporting the incident to SunSplash’s on-site security. Source
at May 31, 2018