Arkansas Farmer Quake Lewellyn, 28, Mowed Down Jogger Then Raped Her: 'I Tried Messing With Her Corpse, Then Went Home, Ate Dinner, And Tried To Forget' 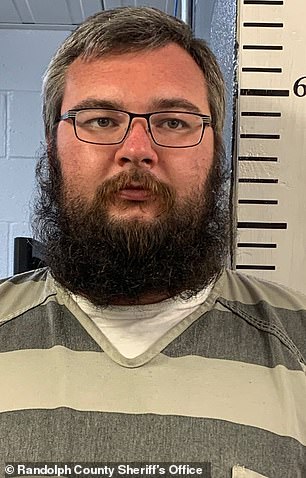 'I tried messing with her corpse, then went home, ate dinner, and tried to forget': Farmer tells mental health examiners how he 'mowed down jogger, 26, then raped and dumped her body' as he's found fit to stand trial and faces death penalty
A farmer who is accused of murdering a jogger, 25, before raping and dumping her body and trying to 'forget about it' has been declared fit to stand trial after undergoing a mental forensic examination. Quake Lewellyn, 28, could face the death penalty if he is convicted of the charges against him, which include capital murder, kidnapping, rape and abuse of corpse. Jogger Sydney Sutherland's body was found dumped in Newport in rural Arkansas in late September last year after she went missing on August 19.Lewellyn underwent a mental forensic exam in early January after a court ordered the review. Licensed forensic psychologist Lacey Willett found the 28-year-old is fit to stand trial, Fox 16 reported. Included in the report was testimony from Lewellyn where he said he accidentally struck the woman with his truck, burying her in a nearby field. In the report, Willett added that Lewellyn 'did not lack the capacity to appreciate the criminality of his conduct,' according to KARK. 'During the current evaluation, he disclosed that he put Sydney's body on the tailgate of his truck "to hide her body so [he] wouldn't be in trouble," reflecting that he knew his conduct could result in legal consequences,' she wrote. Source
at February 16, 2021