Drunk Woman, 68, Freezes To Death While Walking Home From Her Next-door Neighbor's House In -41.8F Temperatures In British Columbia 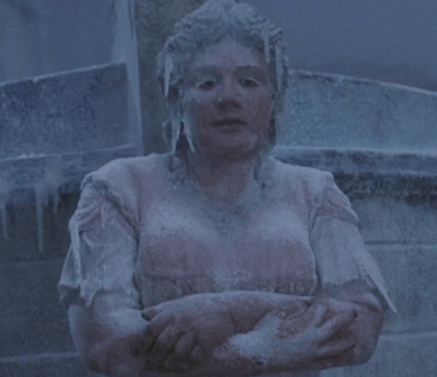 Woman, 68, DIES of extreme cold while trying to get home from her next-door neighbor's house after night of drinking in staggering -41.8F temperatures in British Columbia
A woman died of extreme cold over the weekend in British Columbia while trying to get home from her next-door neighbor's house as temperatures dropped to a staggering -41.8F. Royal Canadian Mounted Police said the 68-year-old woman, who has not yet been named, died of extreme cold shortly after leaving her neighbor's home in Dawson Creek at around 1am on Sunday. While an investigation continues, police say preliminary evidence suggests the woman planned to walk home but collapsed in the cold. The woman and her neighbor had been consuming alcohol in the hours prior, police said. She was found dead later that morning outside her home by her neighbor at around 11:50am. Source
at February 10, 2021