Sins Of Lust #27: Teacher Melissa Bonkoski Gets 36 Months For Sex With Underage Boy.... 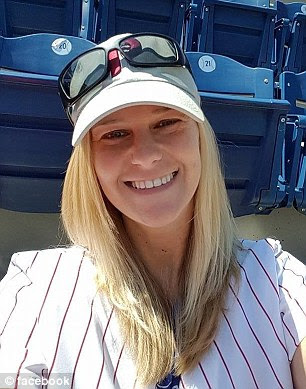 Hey! What happened to all those priests?

These sins of Lust Posts are all Female School Teachers.....


Ex-teacher, 38, pleads guilty to having sex with her 16-year-old student whose girlfriend found their texts

A former Pennsylvania high school teacher has pleaded guilty to having sex with her 16-year-old student and sending him texts, which ultimately led to her arrest. Investigators say 38-year-old Melissa Bonkoski started communicating outside of school with a male student who was in her science class during his freshman year. They allege she kissed him multiple times in her car and assaulted him at her home in 2016. An investigation began when the victim’s girlfriend discovered desperate text messages from Bonkoski on the boy's phone and alerted the authorities. The Reading Eagle reports that Bonkoski pleaded guilty Monday to charges of institutional sexual assault, unlawful contact with a minor and corruption of minors. According to a criminal complaint, Bonkoski's history with the victim dates back to December 1, 2015. The 16-year-old victim reportedly had Bonkoski as a teacher during his freshman year at the high school. The two had kissed and the teacher allowed him to touch her breasts. He also stayed the night at her house, sleeping in the same bed as her, and they discussed having oral sex. Investigators said that Bonkoski started sending 'harassing text messages' to the teen, who grew uncomfortable with the relationship. 'He was worried that he wouldn't get rides home anymore if he stopped kissing [Bonkoski],' according to the complaint. Source